Visit to The Most Haunted Graveyard In The World 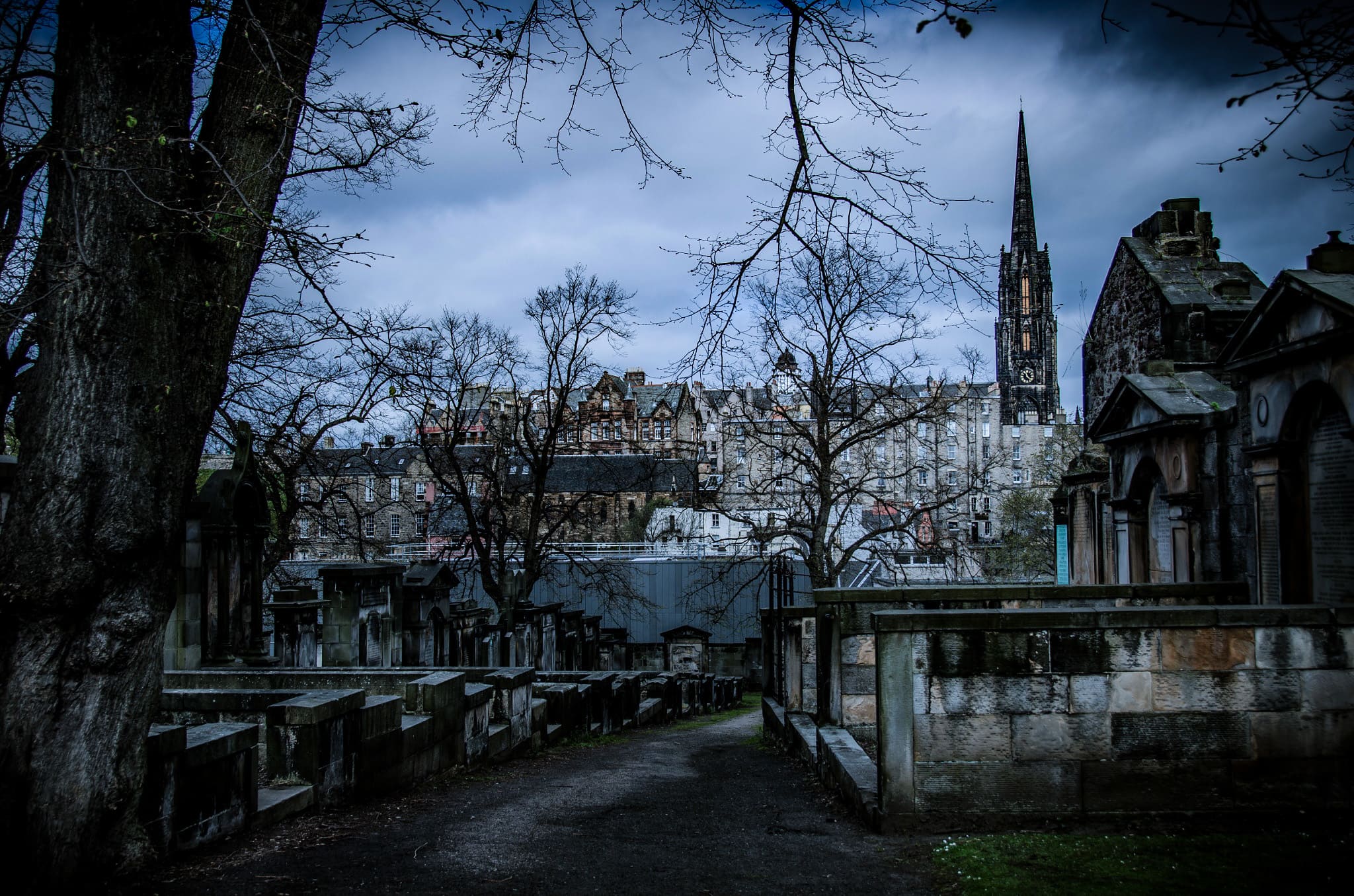 I went to Edinburgh on my honeymoon and my first stop was at the Greyfriars Kirkyard Cemetery, which has owned the title of "The most haunted graveyard in the world". I know, right? 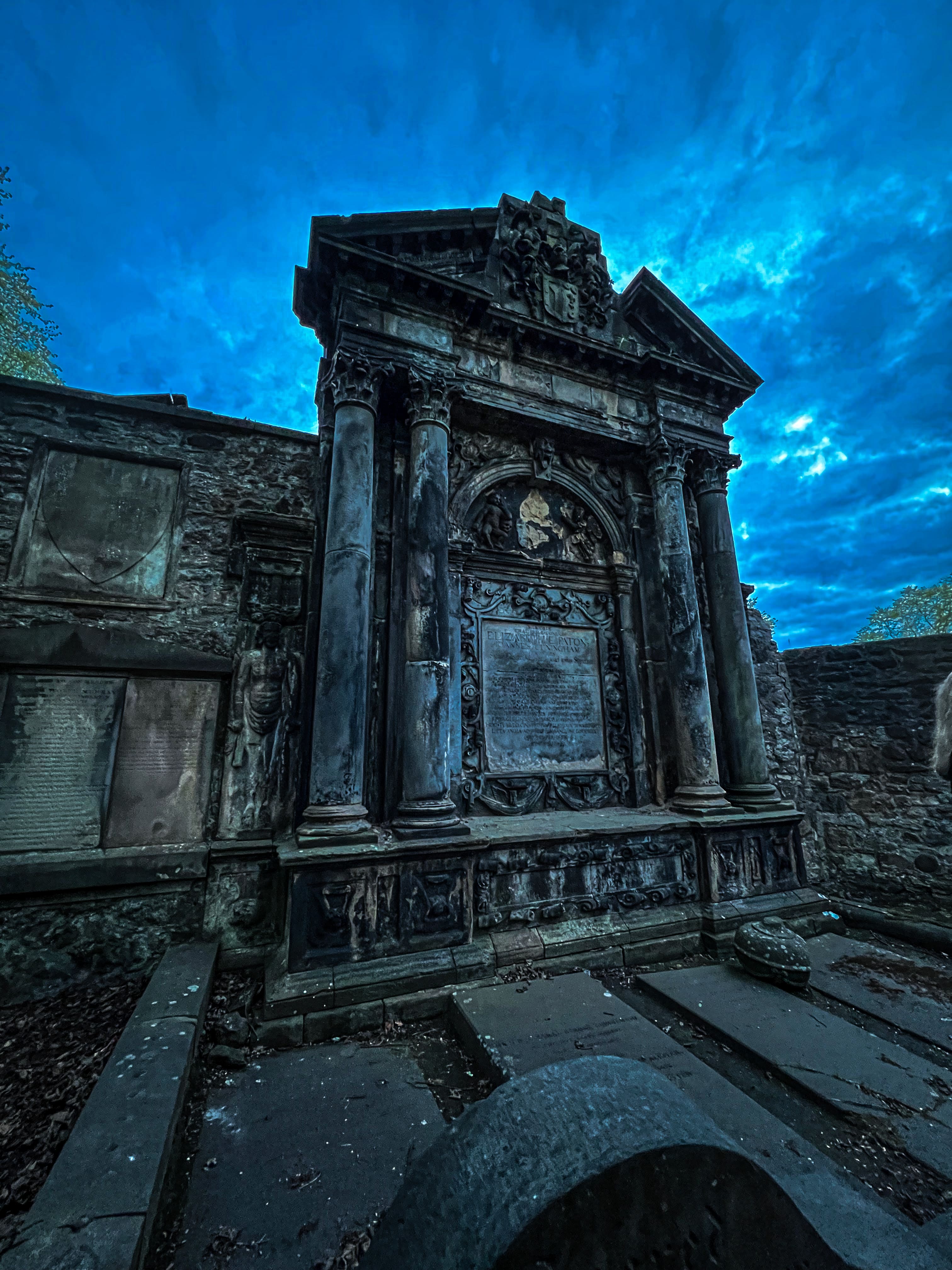 My wife wanted to go since she's a true Potterhead and visiting Greyfriars Kirkyard should be on any Potterhead's bucket list, the graves that inspired some of the most famous characters from J.K. Rowling's very own Harry Potter are located there. However, I had a much more interesting purpose to visit one of the most famous graveyards in the world.

Before arriving in Edinburgh, Scotland, I made long and exhaustive research on TripAdvisor on the best available tour to visit the most haunted graveyard in Edinburgh and ended up booking a tour named "Double Dead Tour" with a company called "City of the Dead Tours" and I truly believe it was the best decision that I could have made.

If you are planning to visit Edinburgh, be sure to book a tour with them! You can purchase your tickets here at the "City of the Dead Tours Website"

Not just because Katie, my tour guide, was amazing but also because they are the only tour in Edinburgh allowed to walk through the gates of a long and peaceful hallway formerly known as the Covenanter’s Prison, that leads to the infamous Black Mausoleum - home of the MacKenzie Poltergeist.

The Double Dead Tour is a two-hour walking tour of Edinburgh's underground vaults and Greyfriars Kirkyard, which is said to be the most haunted graveyard in the world. The tour is led by a guide who provides historical facts in a very fun and interesting fashion, as well as stories of the hauntings that are linked to the infamous George Mackenzie. Although, not in the way that you may imagine. 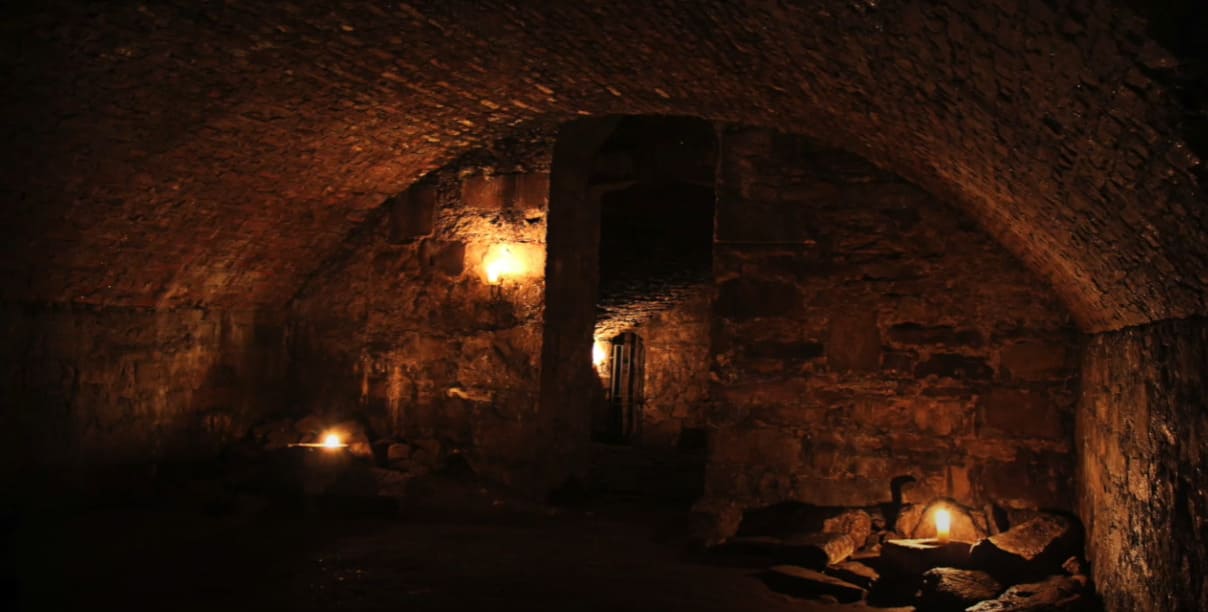 The Edinburgh Vaults or South Bridge Vaults are a series of chambers dug out of the nineteen arches of the South Bridge in Edinburgh, Scotland, which were built between 1785 and finished in 1788. For nearly 30 years, taverns, cobblers' workshops, and storage space for merchants were housed within the vaults.

In the late 1830s, some businesses left, and the city's poorest inhabitants moved in because of damp and poor air quality and, according to legend, bodysnatchers who stored bodies there overnight in later years. However, even they are thought to have departed around 1860. In 1985, during an excavation, middens were discovered containing toys, medicine bottles, plates, and other indications of human living.

In total there are approximately 120 rooms or 'vaults' beneath the surface of the South Bridge, ranging in size, so Katie took us to the most significant and most frightening vaults.

Being inside the vaults was an out of this world experience, some of them feel very eerie and I could swear the temperature dropped significantly just by taking a few steps back into the darkness of one vault in particular. I can't remember its name but if you happen to take the Double Dead Tour, you will know the one that I'm talking about.

After visiting the vaults, the sun had set and we headed to the place that I was eager to visit. Greyfriars Kirkyards.

Who was Sir George Mackenzie?

Sir George Mackenzie (born 1636, Dundee, Scotland—died May 8, 1691, Westminster, London, England) was a Scottish lawyer who earned the nickname "Bloody Mackenzie" for his role in the persecution of the Scottish Presbyterian Covenanters. The Covenanters were a religious group that opposed the policies of the Scottish government, and they were often imprisoned or executed for their beliefs.

Mackenzie was responsible for many of these prosecutions, and among many other things, the murder and torture of many innocent people.

The most impressive mausoleum in Greyfriars Cemetery is the place where he is buried, however, it is NOT the infamous Black Mausoleum.

Some say that Mackenzie's ghost is responsible for the strange occurrences that have been reported at the cemetery. However, my tour guide Katie explained that the infamous Greyfriars Kirk's poltergeist is located in a place called "The Black Mausoleum" behind the high walls and locked gates of an area known as the Covenanter’s Prison at Greyfriars Cemetery, which is right behind the walls of the MacKenzie's mausoleum. Luckily enough, I booked this tour with the only company with the keys to the Covenanter's Prison.

She warned us before going into the Covenanter's Prison since people have reported feeling a sense of fear or foreboding when near this place, and to make it a little more disturbing, some of them have reported having unexplainable scratches and bruises after getting close to the Black Mausoleum. 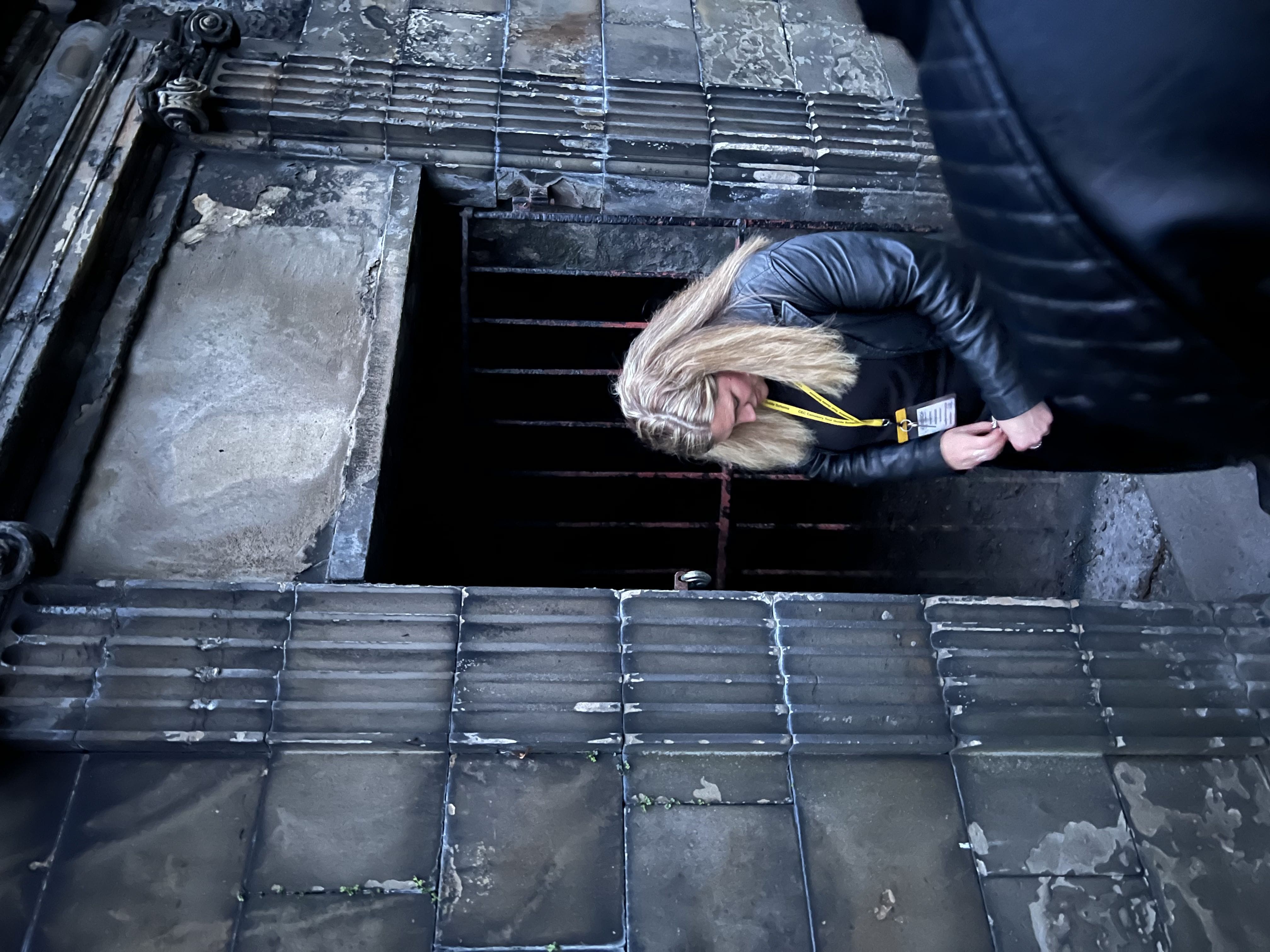 Not satisfied with just looking at the Black Mausoleum, Katie had the keys to access this creepy and dark place, so we went inside and experienced it by ourselves.

It may not look like Hill House from the outside, but being inside the mausoleum is an experience that is only enriched by the stories told by the tour guide, the cold night wind, and the darkness within this empty, damp and unsettling place.

"The Black Mausoleum seems to differ from Edinburgh’s other haunted locations for two reasons. One is the frequency of the poltergeist sightings. The other is the severity of the incidents. The period between the first recorded sightings in 1999 and the present, has seen hundreds of documented ‘attacks’ in the Black Mausoleum and Covenanters Prison. Of these attacks, an astonishing 140 have caused the witness to collapse or suffer physical injury."

You just need to look at their website or trip advisor to find testimonials of people who have experienced some kind of experience within the walls of the Covenanter's Prison. Even though my wife and I love supernatural stories, movies, books, and pretty much everything related to supernatural events, I have never experienced a supernatural experience in my life. However, one thing I can say for sure, is that my wife had a bruise on her knee that she was not able to explain the very next day after taking this tour. Maybe she just hit her knee during her sleep, but maybe these guys know better.

It seems that there is something about the energy and history of Greyfriars Kirkyard Cemetery that has drawn spirits, including a freaking Poltergeist, to it for centuries. Whether or not you believe in ghosts, these stories and experiences are sure to send a chill down your spine. If you're looking for an eerie and fabulous experience in Edinburgh, be sure to book a tour with City of the Dead Tours!